A Director, Friend and Educator

Dee’s dedication to literacy and libraries has developed since her childhood. She lived in many different places growing up, but always attended the local library. It was there that Dee developed a love of medieval history. She went on to become a professor of medieval history and Dean at California State University, Long Beach. She joined CSULB in 1967 as one of the first female faculty members in the History Department. During her tenure as the University’s first Dean of the College of Liberal Arts, she led 23 academic departments for over 15 years. Dee retired from CSULB in 2007.

The Library Foundation piqued Dee’s interest in 2003 when she viewed a presentation on the Foundation’s work supporting the Family Learning Centers and the Raising a Reader program. Dee was already familiar with the Long Beach Public Library, having taken her two children to the El Dorado Neighborhood Library as they grew up. She joined the Board of Directors soon after the presentation.

Some of her favorite memories of working with the Library Foundation come from her time serving on the committee for the annual Long Beach Reads One Book events. The program brought well-known authors to Long Beach for community wide events centered on a single book. Isabel Allende and Steve Lopez are a couple of her favorite authors who brought their books to Long Beach.

Dee has been involved in several joint advocacy campaigns with the Friends, from a successful effort to prevent the closing of the Main Library in 2008 to supporting the library’s needs during threatened budget reductions in staff, hours and materials.  She continues to support advocacy efforts for the Library to ensure that free educational programs and resources are valued by city officials and residents.

Dee’s extensive experience as an educator and dedication has supported the Library Foundation in helping those in the community who rely on the city’s libraries. 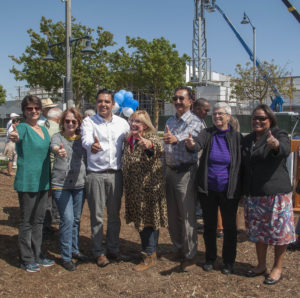